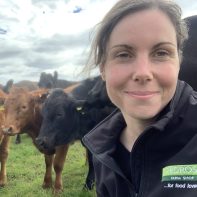 I am the eldest of three daughters working in the business and have been managing the shop since 2016. I love food, speaking to people and the environment. I also spend a lot of time in the kitchen at home cooking and baking with my two little boys, so this is my perfect job. 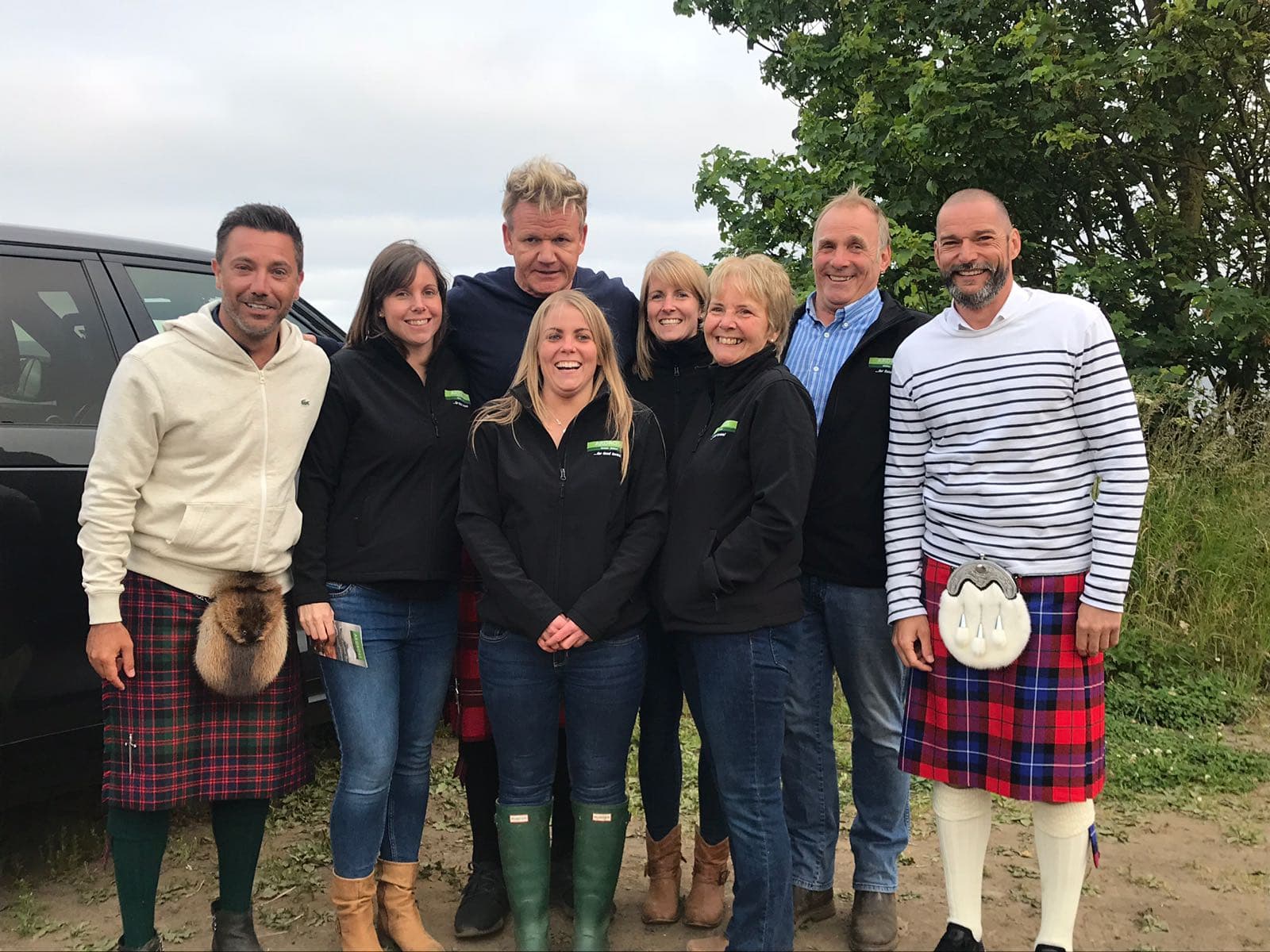 With Gordon, Gino & Fred’s Road Trip airing again on ITV2 this week I thought it fitting to write a little about our amazing experience with three of our favourite foodie celebrities.

In the summer of 2018 we received a call from Gordon Ramsay’s production company looking for a farm to film at for a new series they were producing. It was all very top secret and we weren’t allowed to tell anyone they had called. However, the series would have three chefs touring around their home countries looking for foodie hero’s and our beef had been recommended as one of the products featured.

When I picked up the phone, in the middle of doing my least favourite job, invoices, I could hardly believe it. Gordon Ramsay was actually considering coming to the East Neuk of Fife. Not just the East Neuk of Fife either, he was wanting to come to our farm! After much excitement in the family we decided it must be a hoax, or  would never actually happen, and so it slipped from our minds.

Despite our disbelief, we received another call a few weeks later and it was confirmed that Gordon Ramsay, Gino D’Acampo and Fred Sirieix were coming to our farm to film our grass-fed Stabiliser cattle as part of a tour around Scotland. You have no idea how excited we were and how hard it was keeping it a secret from everyone!

2018 was an exceptionally hot summer, perfect for filming Scotland. Having spent time on the west coast searching for hand dived scallops Gordon, Gino and Fred then drove east and took part in the Ceres Highland Games before coming to our farm in search of beef. It was a long, hot summer with very little rain. Dad started to worry that we were going to run out of grass for the cattle, when they eventually came to film. However, true to form it was cold, damp and the haar had arrived when they visited us. The first we knew of them arriving was when Gordon Ramsay strode through the curtain at the back of the shop and announced himself. Thereafter came a day of hilarity, giggles, silliness and obviously a lot of swearing!

The poor crew arrived in their shorts and t-shirts and shivered their way along the links to see the cattle. With spectacular views over the Lady’s Tower thankfully they were happy with the location, despite the dull day. The initial interview involved us repeating things over and over while the crew filmed from different angles, we didn’t realise this is what happens behind the scenes on television productions. Then they had us running up and down the dunes ‘looking’ for the cattle, which was no mean feat when I was 8 months pregnant at the time. I’m sure you will spot me waddling around behind everyone else! After getting all the shots they needed, which mainly involved them chasing the cattle along the field in their kilts, we moved back to the farm steading to butcher some beef and cook up some haggis for Italian Gino D’Acampo and French Fred Sirieix.

It really was quite an experience. The crew took over our in house kitchen and cooked up a storm using our beef bones for a jus, freshly picked rocket, local beer from Ovenstone 109, The Farmers Son haggis, Barnetts the Baker sour dough. It was absolutely amazing to see. Of course, despite so much going on in the background it looked seamless on screen.

The Buffalo Farm helped us organise a young QMS butcher to butcher a side of beef in our shed and we talked Gordon Ramsay through the benefits of grass-fed Pasture for Life beef, the way we manage our cattle and how we dry aged the beef. We were delighted that he was really interested in what we did, given the long day he had just experience he took time to chat to us and ask questions.

Just like that Gordon, Gino and Fred headed off to their five star hotel, the crew packed up and it was over. We were exhausted and exhilarated.

A few days later we were invited by the Earl of Dalhousie, clan chieftain of Clan Ramsay, to Brechin Castle for an exclusive dinner cooked by none other than Gordon and Gino. Claire and I had the most wonderful day. We could hardly believe we were going to be eating our very own beef, cooked by Gordon Ramsay. Not many people can say that! The meal was outstanding, featuring the very best Scotland had to offer. Great company, wonderful food and the sun shone throughout. Afterwards we were invited to a local ceilidh and danced into the night. It was a lot of fun teaching Gino and Fred Scottish country dancing.

The whole experience is one we will never forget. Gordon was very different to his online persona, he was kind, engaging and we felt he was genuinely interested in us. Gino was just as crazy in real life, I’m not sure you’ll ever be able to take anything he says seriously. Fred was almost as bad. They were a lot of fun.

To find out a few months later that it was one of our customers who recommended us was the icing on the cake. You never know who you serve in the shop. It meant even more to us that it was someone we knew and shopped with us regularly that helped bring Gordon, Gino and Fred to the East Neuk.

As exciting as it was there were a couple of mistakes, did you spot them? The main two were our breed of cattle, which is Stabiliser and my name! On the plus side Gordon calling me the wrong name meant I missed out on the online trawling that Claire got after the show. Someone even offered to buy her used wellies for a small fortune!

Gordon, Gino & Fred’s Road Trip is on ITV2 at the moment, you can find the link here  however, it has been replayed regularly over the past few years so look out for some familiar faces on your tv!

'the home-made flapjacks are f****** amazing!’
Share this article:

email
< Back To All

We have the most amazing news. Thanks to all of you wonderful people who voted for us, we have won The Best Farm Shop & Deli in Scotland in the Great British Food awards! We are absolutely delighted. A huge congratulations goes to our awesome

Takeaway and The Fife Coastal Path

Did you know that we are a stone’s throw from the Fife Coastal Path? The Fife Coastal Path is a wonderful walk that takes you from the Kincardine Bridge right around the beautiful Fife coast to the Tay Road Bridge. Originally created in 2002 running

Farming for the Future

Taking the best of old and new We are very excited this week, new scales were delivered. In the absence of any cattle, Scott was used as the test subject! As hopefully you know already, our farm is Pasture for Life certified. This means that